COVID-19, Parenting Time, and the best interest of the child

The COVID-19 pandemic comes with an array of issues not seen before by this generation. The world has literally shut down. Public health officials have urged people to stay home and practice social isolation to flatten the curve. But what are people to do with children in split households? Can a parent keep the child or children from the other parent? Does COVID-19 issues trump parenting time of the other parent? If Courts are closed, how can a person file an Application to Obtain an Order to enforce parenting time? These questions and many more have likely been going through your mind and you are not alone. Thankfully, the Courts have provided guidance for parents to follow during these difficult times.

The main discussion, at least for this article, stems around the practice of “self-isolation” and exchanging of children between parents. The common theme thus far is criticism about the opposing parent’s inability to follow COVID-19 health protocols set by the public health authority with the proposed remedy being that parent’s parenting time being suspended temporarily during the pandemic. It is likely that, in some cases, a parent has unilaterally enforced the proposed remedy against the opposing parent, without direction from the Courts.

Even though Courts across Canada have been temporarily shut down in adherence of public health recommendations, urgent matters have proceeded. One of the first Courts to provide guidance was the Hamilton Superior Court of Justice, Family Court in the case of Ribeiro v Wright, 2020 ONSC 1829. His Honour Justice Pazaratz provided guidance in a four-page judgment on an Emergency Notice of Motion to suspend the parenting time of the father who had access, which in B.C. is referred to as parenting time, on alternate weekends. The judgment is worth the read and concisely outlines the competing issues at stake and applies the current “COVID Parenting Problems” to foundational fundamental family law principles to reach a common sense solution, which is that during such unprecedented times, parents now more than ever need to co-operate and communicate with the best interest of the child at heart and put aside personal quorums and indifferences. This case has been cited by numerous other Courts across Canada, including the Supreme Court of British Columbia, with judges taking notice of the decision and citing various paragraphs and essentially adopting equivalent positions.

In the Provincial Court of British Columbia in the case of J.W. v C.H., 2020 B.C.PC. 52, the Honourable Judge Lee pronounced on whether an Application for an Urgent Hearing was in fact “urgent” and deserving of a hearing. The application was granted but only with respect to the issue of the “return of the child”. Notice to the Professional Public No. 19 was referenced which, among other things, noted that, with respect to Family Law Case, only the hearing of Urgent matters would proceed and only by teleconference. An exhaustive list provided what the Court would deem urgent, which includes “urgent orders involving parenting time, contact with a child or communication between parties”. His Honour referenced a decision out of the Ontario Superior Court of Thomas v Wohleber, 2020 ONSC 1965 which identified four factors to determine, if in fact, an application was of an urgent nature – in summary the Court stated at paragraph 11 that “to be considered urgent, there must be some issue of immediate concern.” The immediate concern, in this case, and likely for many other parents, is the ability of the opposing party to comply with COVID-19 health protocols established by the Provincial Health Officer. The inability to follow said protocols qualifies as an issue within the scope of “the best interest of the child”, which is enumerated in section 37 of B.C.’s Family Law Act. In advancing any such Application to Obtain an Order on an Urgent basis in respect to a parent not complying with COVID-19 protocols, specific examples of behaviour and/or actions beyond mere suspicion must be provided in the form of affidavit evidence, which was also the position in Ribeiro v Wright.

Another case out of the Provincial Court of British Columbia was the matter of N.J.B. v S.F., 2020 B.C.P.C. 53. This case was an Application for an Urgent Hearing and a Notice of Motion filed by the mother and heard on March 30th, 2020 with a judgment provided on April 1st, 2020 by the Honourable Judge R.P. McQuillan. This decision came one day before the judgment in J.W. v C.H. The issue to be heard in this case was again a denial of parenting time of a parent because of the COVID-19 health crisis. The father advanced recommendations of Dr. Michael Elterman and her Honour took judicial notice of the guidelines which discussed parenting arrangements and parenting time during the COVID-19 health pandemic. In this case, as in others, there was an existing order in place that provided for parenting time. Her Honour concluded that the parenting time, as per the initial Order, is to be complied with as there was not sufficient evidence in this particular case showing that the mother or her family were not complying with COVID-19 protocols. Again, like in similar decisions, the Court stated the importance of parties communicating effectively during these unprecedented times and being open and transparent about each other’s household protocols and health of persons in their households and put the best interest and well-being of the child first.

The silver lining of COVID-19 is that it has brought a lot families closer together, it has provided individuals with a period of rest as the entire world is on pause, and we see reports of the environment making a much needed come-back from the devastation humans have done to it. If anything, this health pandemic should have opened a lot of people’s eyes to the global connectedness of the world and the impact of our individual decisions on the collective whole. Shared parenting is no ease task between individuals not seeing eye to eye and now, more than ever, parents have to put aside anger, hate and frustration and clearly communicate and mutually respect one another for the best interest of their children.

To assist with writing this article, the writer has read the following cases: 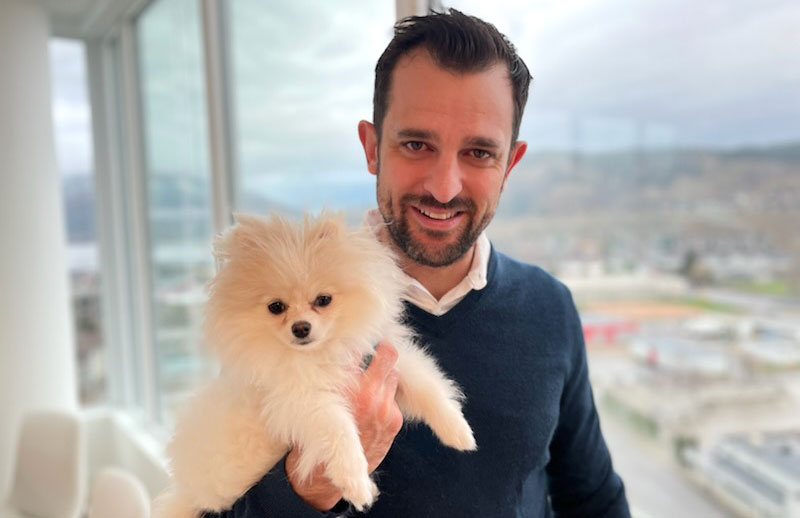 Retroactive Variation of Support Payments in an Agreement

Contacting the firm via the website or e-mail does not constitute a solicitor/client relationship of any kind. Any correspondence entered into here shall not to be construed as legal advice, but merely as providing a vehicle to contact Maio Law Professional Corporation in a direct and timely fashion. Confidential documentation or information should not be sent to the firm electronically until a retainer has been confirmed.